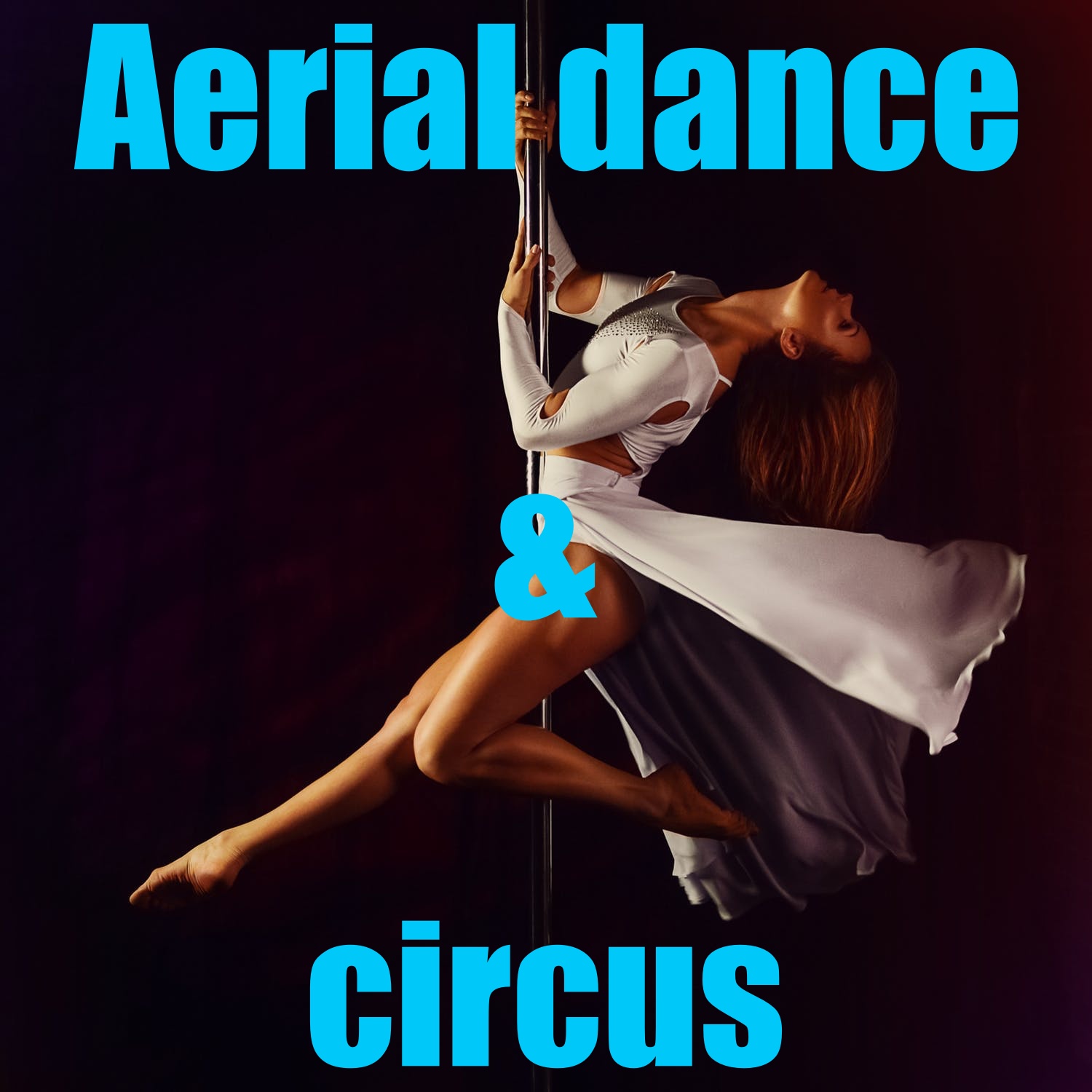 This article discusses the following:

The table below identifies the differences between aerial dance and aerial circus. The primary differences are use of an apparatus, movement quality, gender roles, intent and location of the performance.  The main divergence is the intent of the performer and participation (or non-participation) from the audience.

Movement vocabulary of aerial dance focuses almost exclusively on constantly flowing transitions. The choreographers craft and intention in creating dance was to focus attention on the process of movement exploration to capture aerial dance aesthetic. Stephanie Evanitsy and Terry Sendgraff pioneered aerial dance with their company Multigravitational Aerodance Group  in the late 1960s in New York City under the guidance of Alwin Nikolai. The duo investigated the human element in relation to changes in time, space and light. They used bungee cords, ropes and the inner tube of tractors to create the vertical environment they desired. Trisha Brown had also explored the use of props and suspension equipment at the Judson Dance Theater with “Man Walking Down the Side of a Building” in 1970. The next year Brown had left pursuing aerial work, having “plumbed the possibilities of control imposed by equipment”. Sendgraff continued to teach and explore with Motivity trapezes, stilts and bungee cords. This determination coined her as the “mother of aerial dance”. Sendgraff, a vocal feminist, celebrates women’s connectedness with the use of stilts and clashing cymbals at the 1992 Women Walking Tall festival in Michigan. The downplay of specific “tricks” and the emphasis on transitional movement from floor to air is paramount to the craft and intention of creating an aerial dance.

Aerial circus is differentiated from aerial dance in that the structure and sequence of tricks build in intensity and virtuosity. This engages the audience, evoking a response such as an applause. The allure of aerial circus is predicated on engaging the audience with dangerous and provocative acts.

Blurring of form between aerial circus and dance can be seen through shows such as Cirque du Soleil, Circo Zero, and “Woman in the Moon”. The blurred elements include a building up of theatrical tension in addition to inclusion of a narrative, transitional movements from the floor to the air that expand from “tricking”, use of make-up, costumes and various apparatus’ as well as the interaction of traditional male-female roles on stage.

Conclusion: A recent “blurring of form” between aerial circus and aerial dance has occurred within the recent contemporary performance world. The use of various apparatus’, narratives, costumes and intent has created a unique environment for the performing artist to develop professionally.

My name is Dr. Cory Abbate, I am a physical therapist in Miami, FL currently helping performers from all over the world while they rehearse at Royal Caribbean Studios in North Miami. These talented athletes are chosen from a select few performers that audition in England, Canada, Australia, Italy, Romania and the United States.

Dancers from all different backgrounds, professional handstanders, aerialist and acrobats as well as vocalists and contortionists come to Miami to learn the shows they perform on the cruise ships. If they are injured I facilitate their successful return to dance to continue on with their contracts and professional careers.

I wrote these blogs to help you, the performer, develop and evolve your technique so you can show the world your talent.